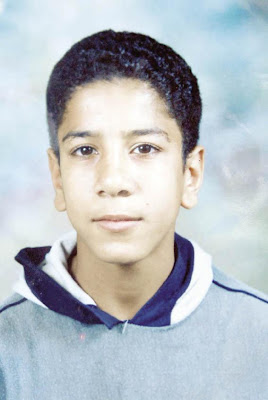 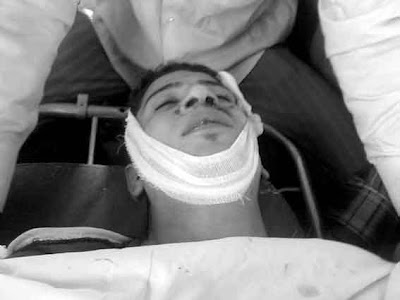 An interview with Muhammed "the Prophet"!! حوار مع "النبي" محمد 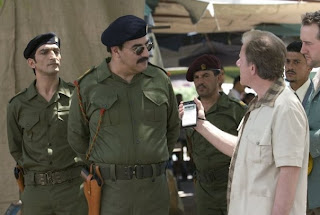 الرسالة:
URGENT: Congolese Child Detained in Egyptian Prison‏
From: mai.choucri@gmail.com on behalf of Mai Choucri (mai@tadamoncouncil.org)
Sent: Sunday, August 17, 2008 12:18:13 PM
To: tadamonnetwork (TadamonNetwork@googlegroups.com)
Cc: mnightingale@amera-uk.org
Please forward this E-mail to any one who might be able to help. We urge all organisations and media people to shed the light on this case.

Deportation of Eritreans Refugees from Egypt

EGYPT Up to 1,400 asylum seekers from Eritrea
The Egyptian authorities forcibly returned a group of around 200 asylum-seekers to Eritrea in the night of 11 June, and are preparing to forcibly return a further 1,400. In Eritrea they will be at risk of torture and other ill-treatment. The office of the UN High Commissioner for Refugees (UNHCR) in Egypt has not been granted access to any of the Eritreans to assess their asylum claims, despite repeated requests. The authorities appear to have scheduled a number of special flights to Eritrea.

A group of 169 Eritrean asylum-seekers could be returned as early as the evening of 12 June: they were moved from Nasr al Nuba police station near Aswan city, where they had been detained, to Central Security Forces camp in Shallal, south of Aswan. Hundreds of Eritrean asylum-seekers are detained in several police stations near Aswan city. Dozens of others are detained in Al-Qanater prison near the capital, Cairo. Around 700 are detained near the Red Sea cities of Hurghada and Marsa Alam. Lawyers representing the asylum-seekers held in Aswan believe that 200 of those held in Hurghada are being transported to Aswan, in preparation for forcible return.

The 200 asylum-seekers deported on 11 June had been detained in a Central security forces camp in Shallal in Aswan city. They were told they would be transported to the UNHCR office in Cairo. Their lawyers tried to reach them the same evening to offer medication and food but could not get to them. The Eritreans were then taken to Aswan International airport and put on a special EgyptAir flight to Eritrea.

Most asylum-seekers returned to Eritrea are likely to be arbitrarily detained incommunicado in inhumane conditions from weeks to years. They will be at serious risk of torture or other ill-treatment, particularly those who have fled from compulsory military service.

Since the end of February, flows of Eritrean asylum-seekers have reached Egypt either via its southern border with Sudan or by sea, south of the city of Hurghada. Others are recognized as refugees by the UNHCR in Sudan, and are fleeing Sudan to avoid being forcibly returned to Eritrea by the Sudanese authorities.

Hundreds of the Eritrean asylum-seekers in Aswan were charged with illegal entry in Egypt and were sentenced to a suspended one-month prison term. They were however kept in administrative detention by orders of the Ministry of Interior, as granted under the Emergency law in Egypt.

BACKGROUND INFORMATION
The Office of the UN High Commissioner for Refugees (UNHCR) issued guidelines to all governments opposing return to Eritrea of rejected Eritrean asylum seekers on the grounds of the record of serious human rights violations in Eritrea. These guidelines are still in force.

Thousands of people are detained incommunicado in Eritrea, in secret and indefinitely, without charge or trial. They have been arrested for suspected opposition to the government, practicing their religious beliefs as members of banned evangelical or other churches, evading military conscription or trying to flee the country.

RECOMMENDED ACTION: Please send appeals to arrive as quickly as possible, in Arabic or your own language:
- calling on the Egyptian authorities to immediately stop all forcible returns of asylum-seekers to Eritrea;
- urging them to respect Egypt’s international obligations under the 1951 Convention Relating to the Status of Refugees and the UN Convention Against Torture not to forcibly return asylum-seekers to Eritrea where they would be at risk of torture and other serious human rights abuses ;
- asking them to ensure that all Eritrean asylum-seekers are given immediate access to Office of the UN High Commissioner for Refugees in Egypt to assess their asylum claims.

and to diplomatic representatives of Egypt accredited to your country.

Yes. Ahmed (BlogIraq) is dead. He was killed in Baghdad on April 11th, 2008. He went back to Baghdad to take his family out, but he did not have enough time to do so.

He had an appointment that day with a guy he knew. This guy was supposed to get him some documents that prove corruption in some USAID office back in Baghdad. I don't have complete details about it. Anyway, he and the guy bringing the documents were killed at their meeting place in Mansour district in Baghdad.

This is the email he sent me a couple of hours before he was killed:

How is the little Ayotta ?

Things are up and down here in Baghdad. But generally its better than last September when I was here. The nights are much quieter. The explosions are less. Some areas got better and other areas got worse. But still the Sunnis can not go to Shiite places and vice versa.

I gotta go now to get to Mansour to meet the guy I told you about. They have threatened him few days ago and he has vanished since then. Hes getting ready to leave Iraq after we meet today. I think I will leave soon too. I am just waiting to get he new ID for my daughter in a couple of days maybe.

I'll contact you again once I am in Syria.

His brother in-law found him dead with his friend in Mansour district in one of the small streets there. Thank God his body was found, unlike many of our friends who were killed or just vanished without a trace.

When I first setup this blog for him, he gave me the admin password of his blog and I gave him the password of mine. We agreed that whoever dies first, the other should write about it in his blog. Its just my bad luck that he died first.

I can only think of his 20 months old daughter. Shes about the same age as my daughter, Aya.

May God take revenge of those who killed him and orphaned his lovely daughter. 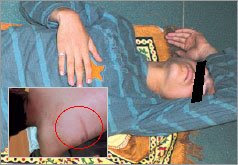